Technically speaking, this is part of Yaquina Head Outstanding Natural Area, but that’s a bit long of a name, and I rather like “Quarry Cove” better. I’m also quite happy to have had another opportunity to get my camera out. 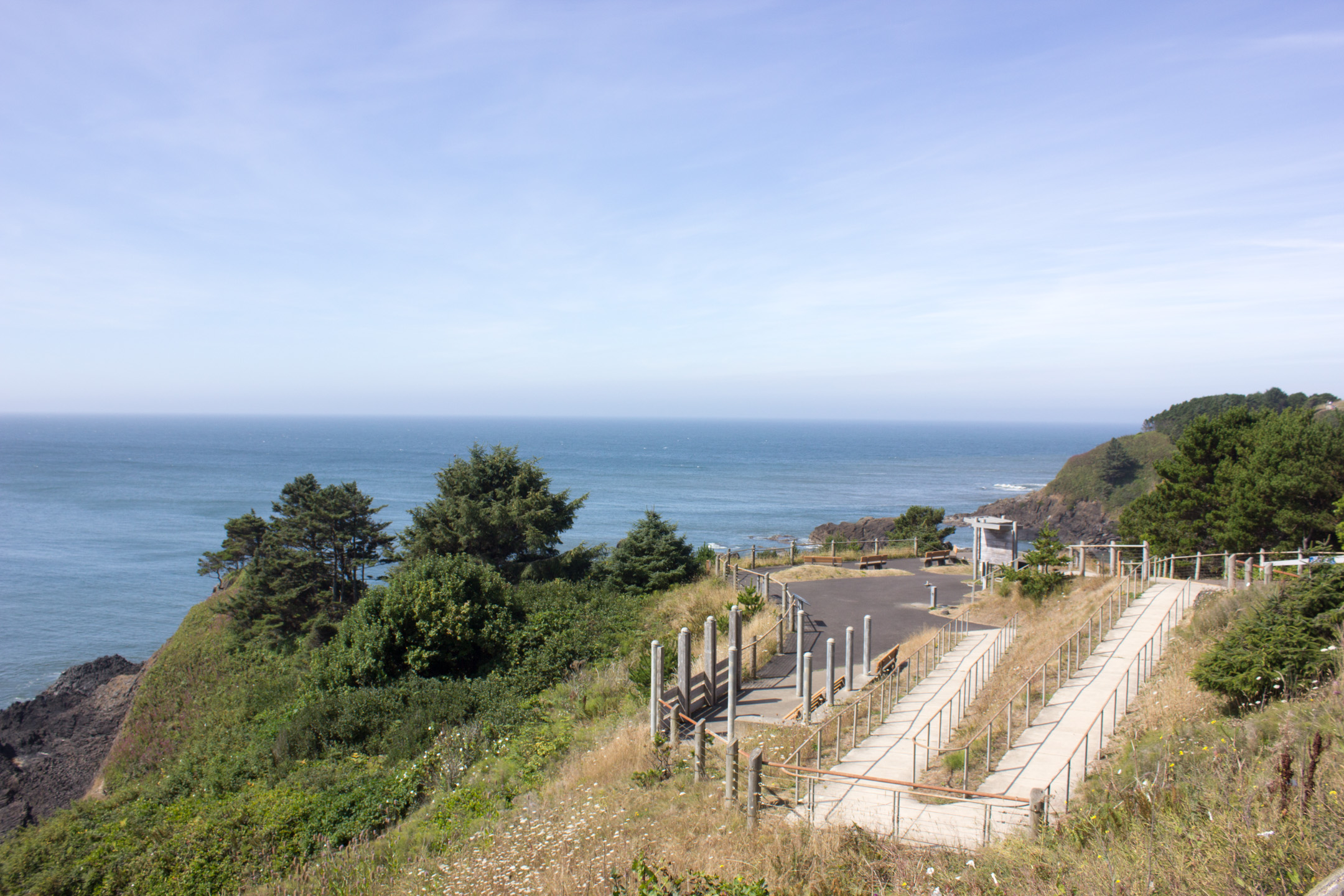 The Natural Area as a whole is part of the National Parks system, and it’s a rather nicely-outfitted one; day use only, which lessens the requirements considerably, but still. Separate parking areas for the Cove and the Lighthouse,1 plus an informational center and a few hiking trails. 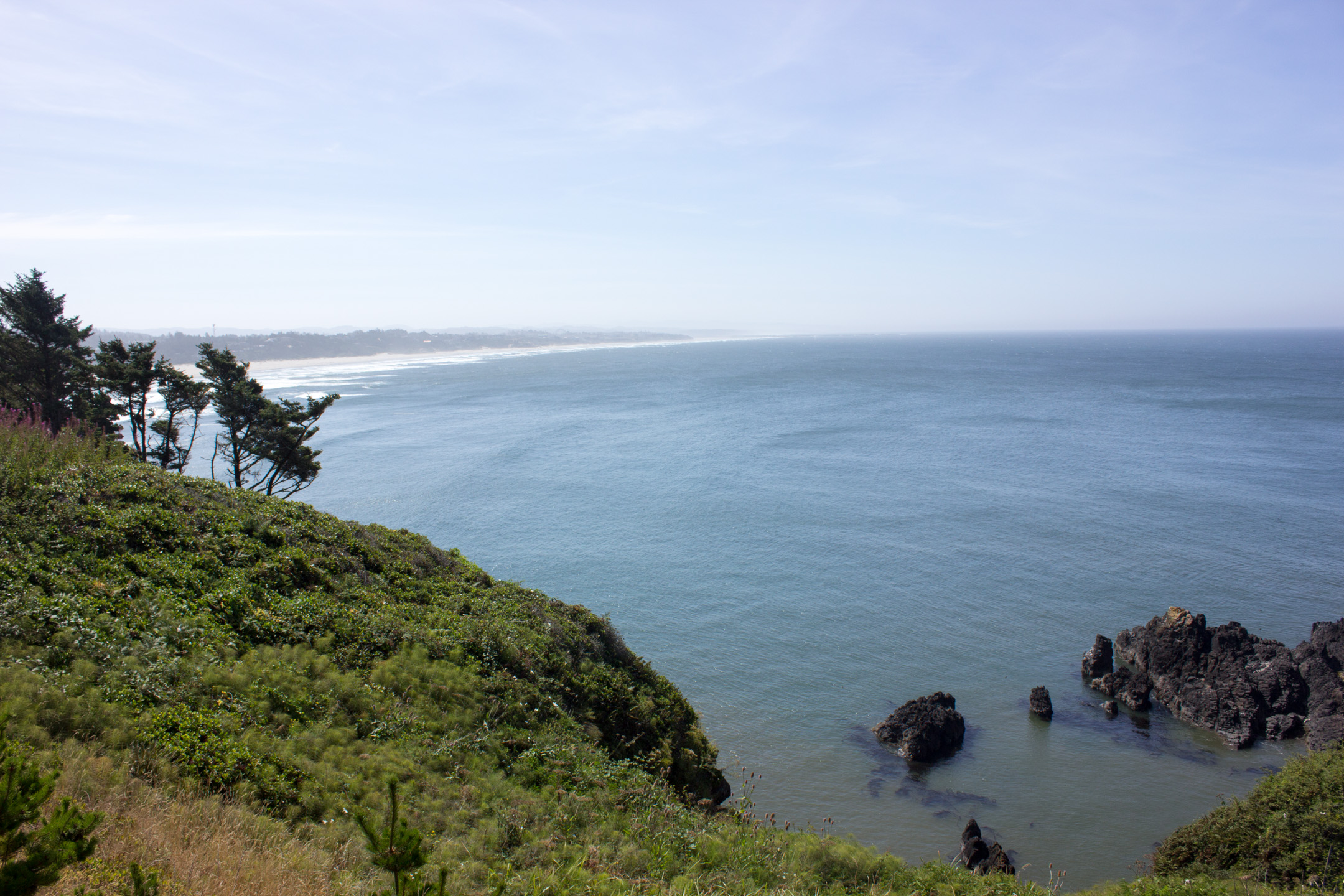 Heading down to the Cove, there’s some nice views – this one, I was informed by the younger members of my family, is a mermaid cove. 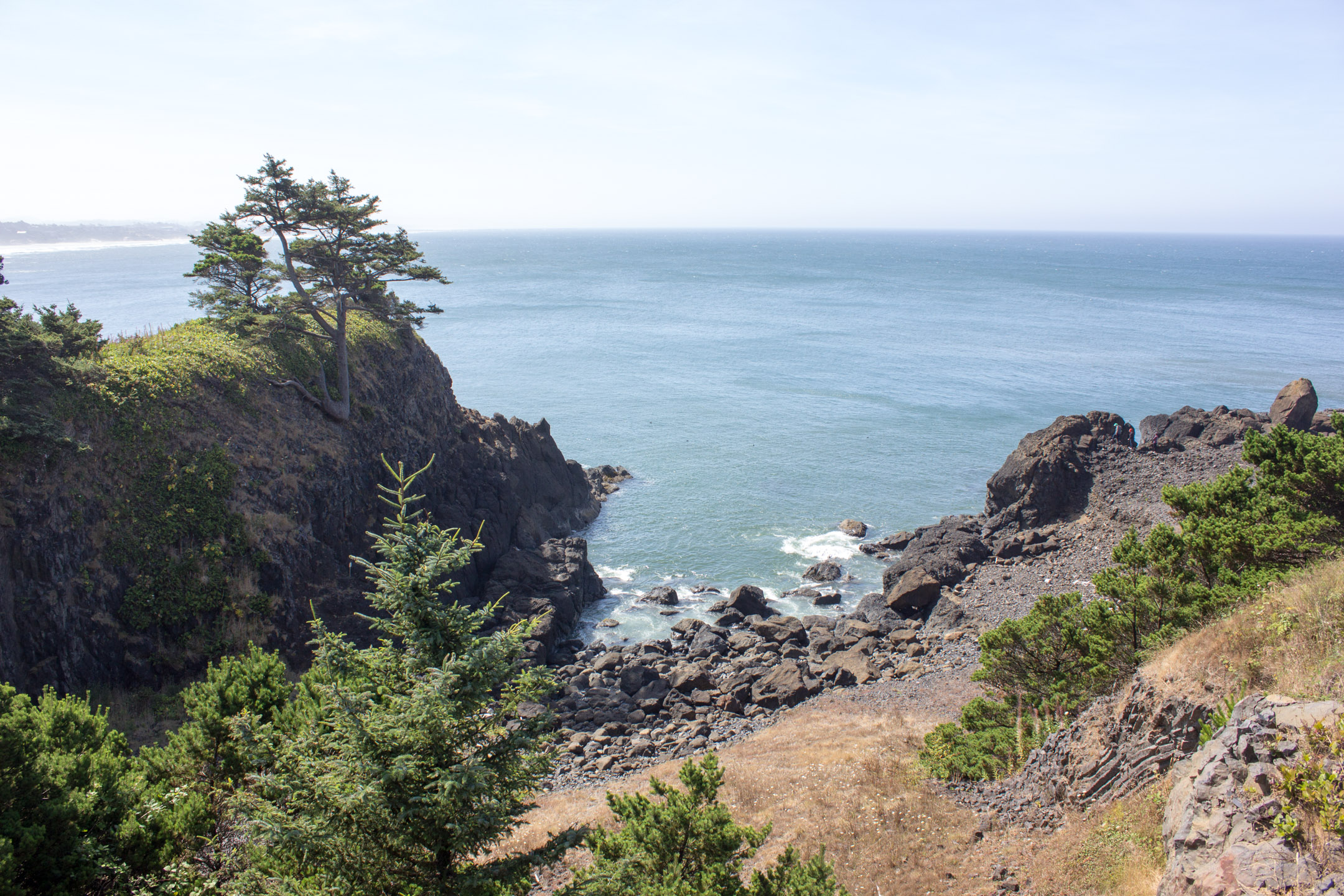 And down in this one, we saw a couple seals – not pictured, unfortunately, but they’re hard to photograph. 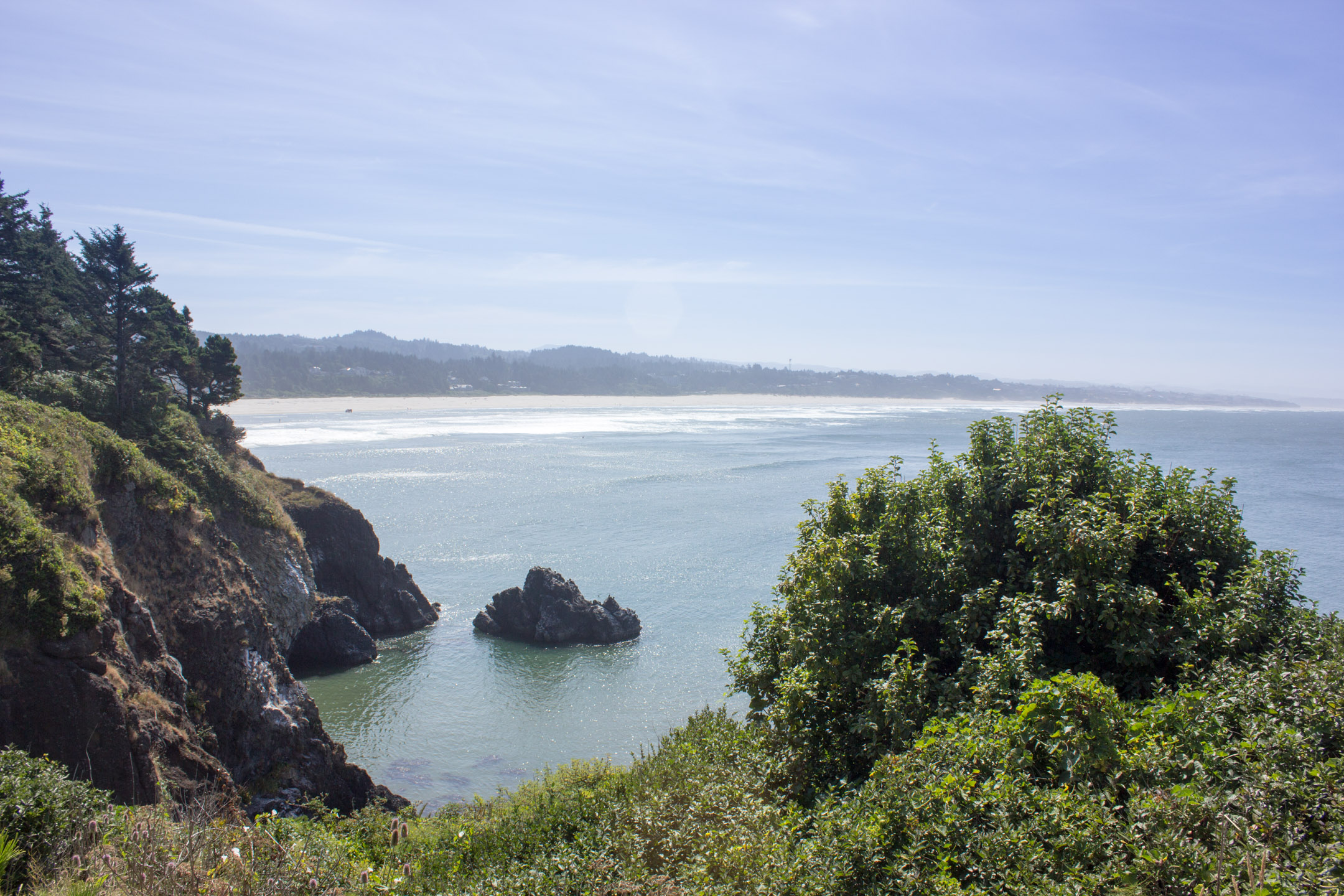 In the distance, you can see Agate Beach, one of Oregon’s numerous white-sand beaches; we’ve got some beautiful terrain up here, but California gets all the credit for it just because it’s warmer down there. 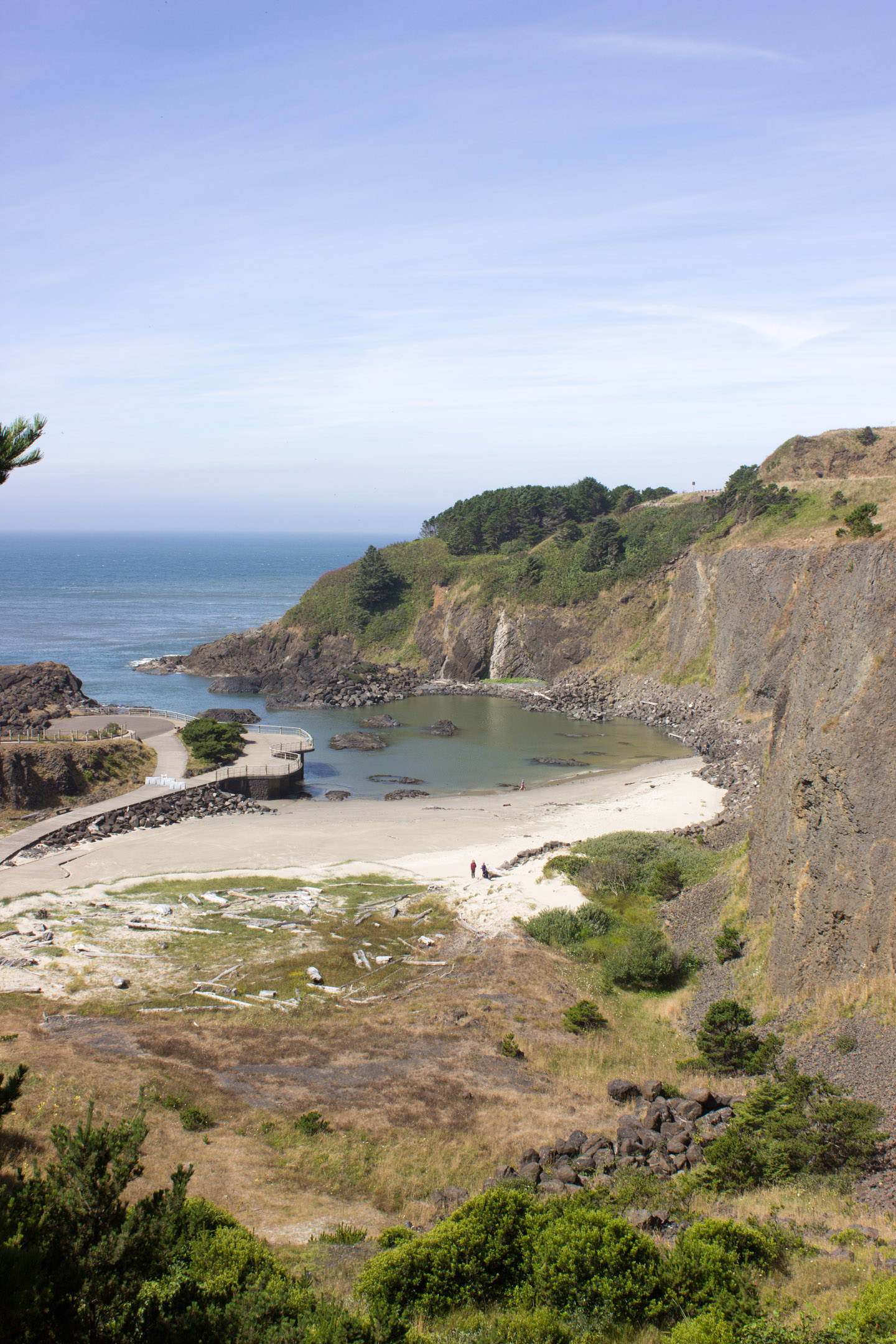 From up top, the view of the cove isn’t at all bad. 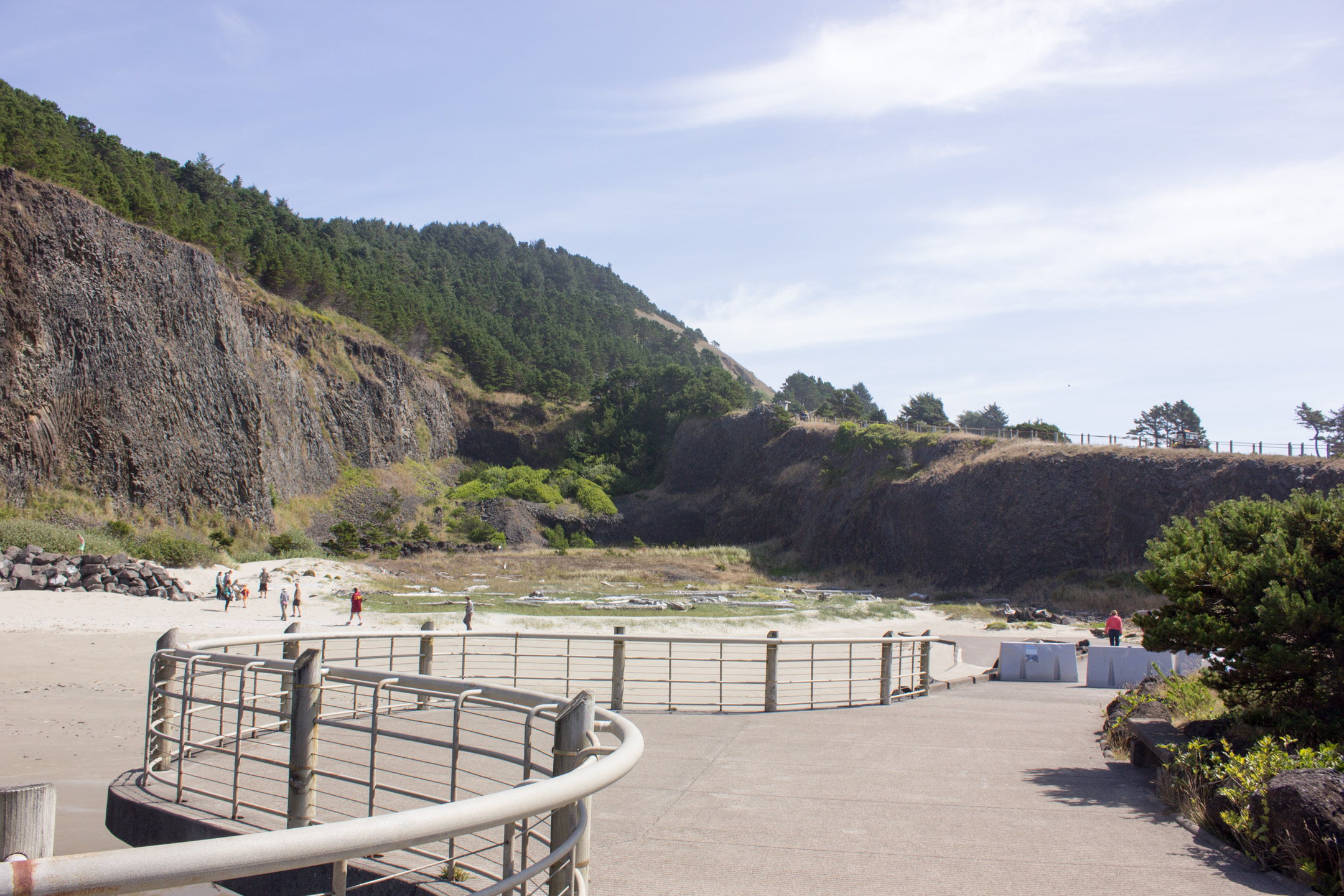 The observation platform is just a few feet above the water level, high enough that it’s safe from the tides, but low enough that you can feel the occasional bit of sea spray. 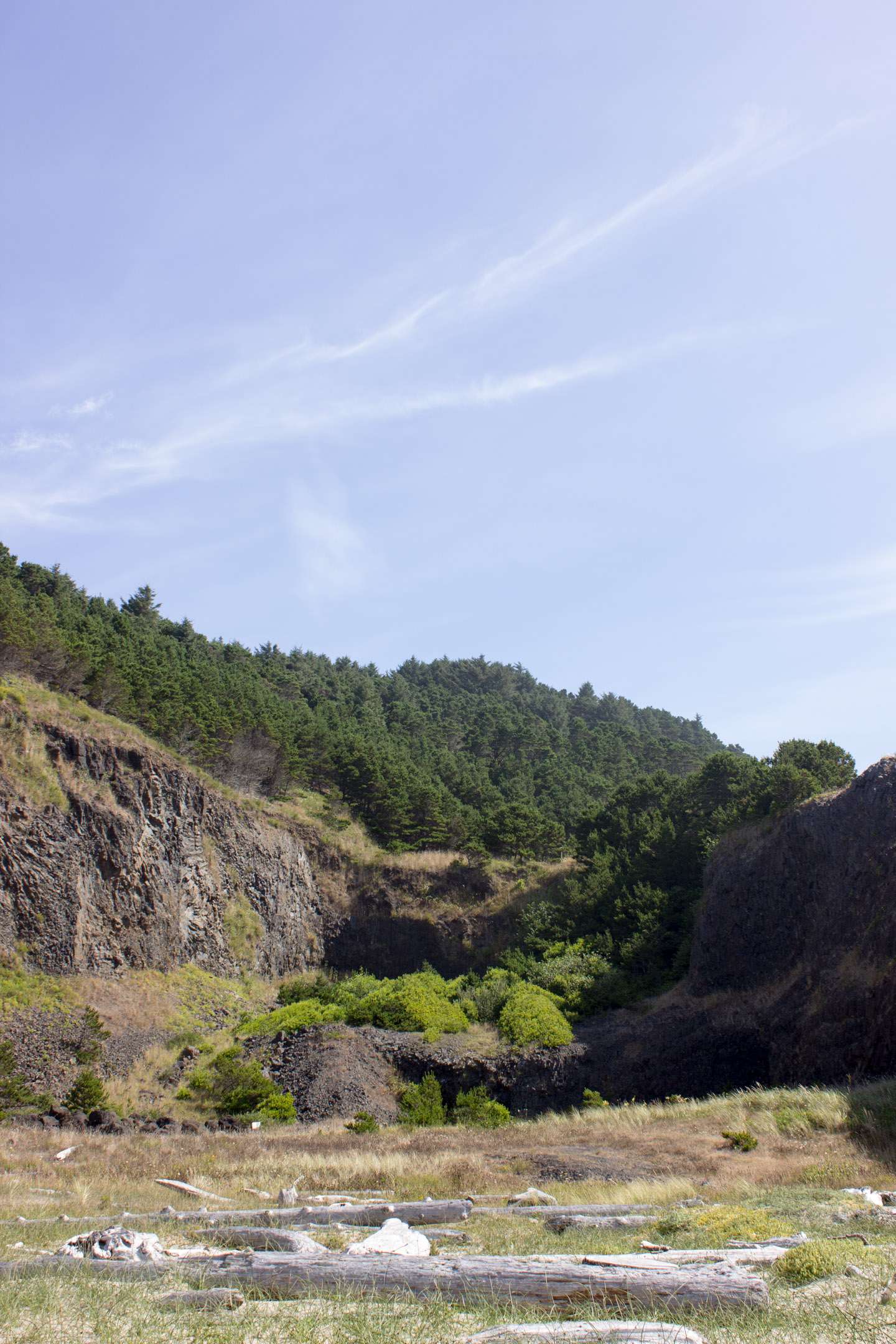 And, due to the layout of the cove, it’s got great views in every direction. 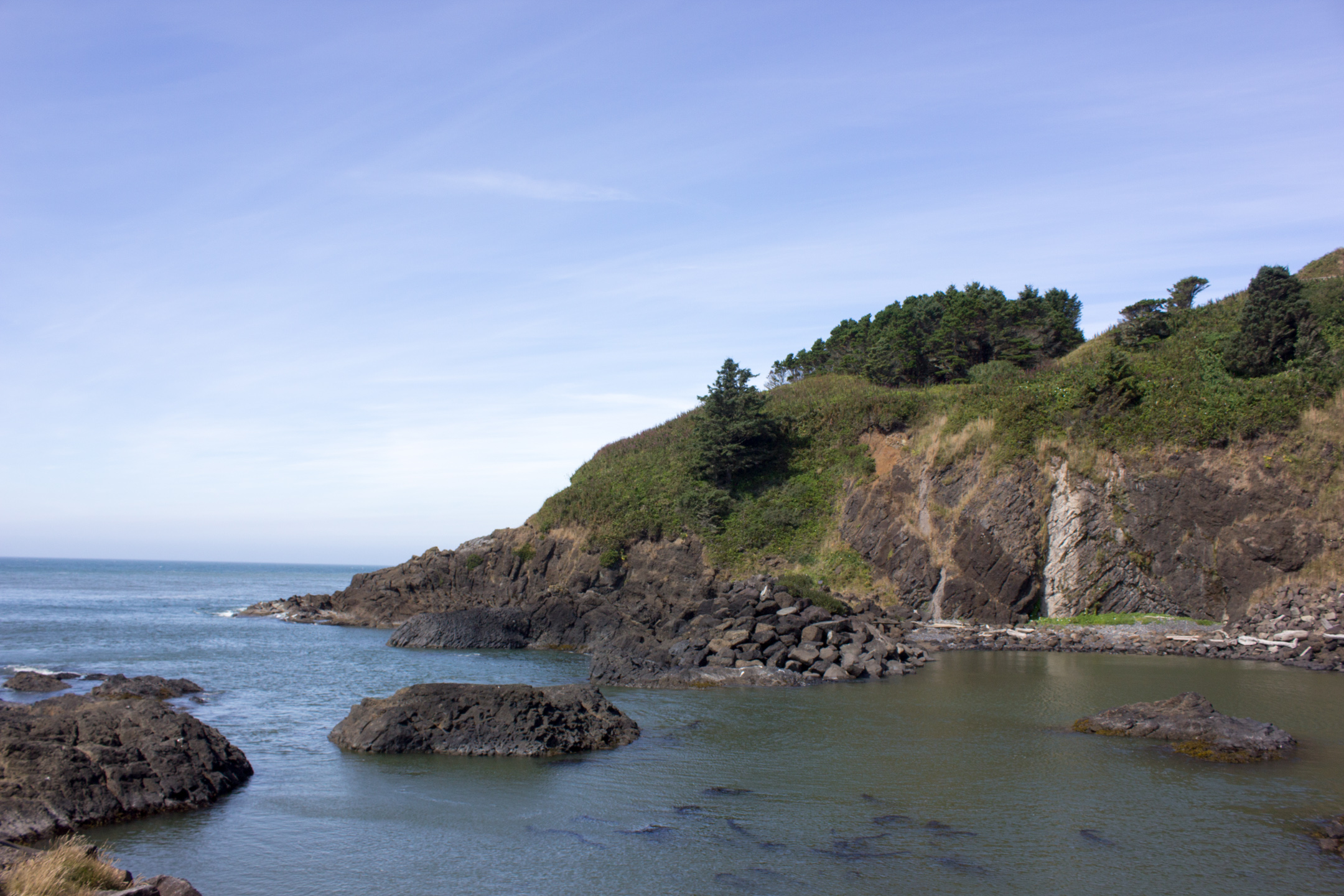 It’s a properly-shielded little cove, so the water is fairly calm, though the wind kept up while we were there, and let me tell you, cleaning sand out of a DSLR is no fun at all. 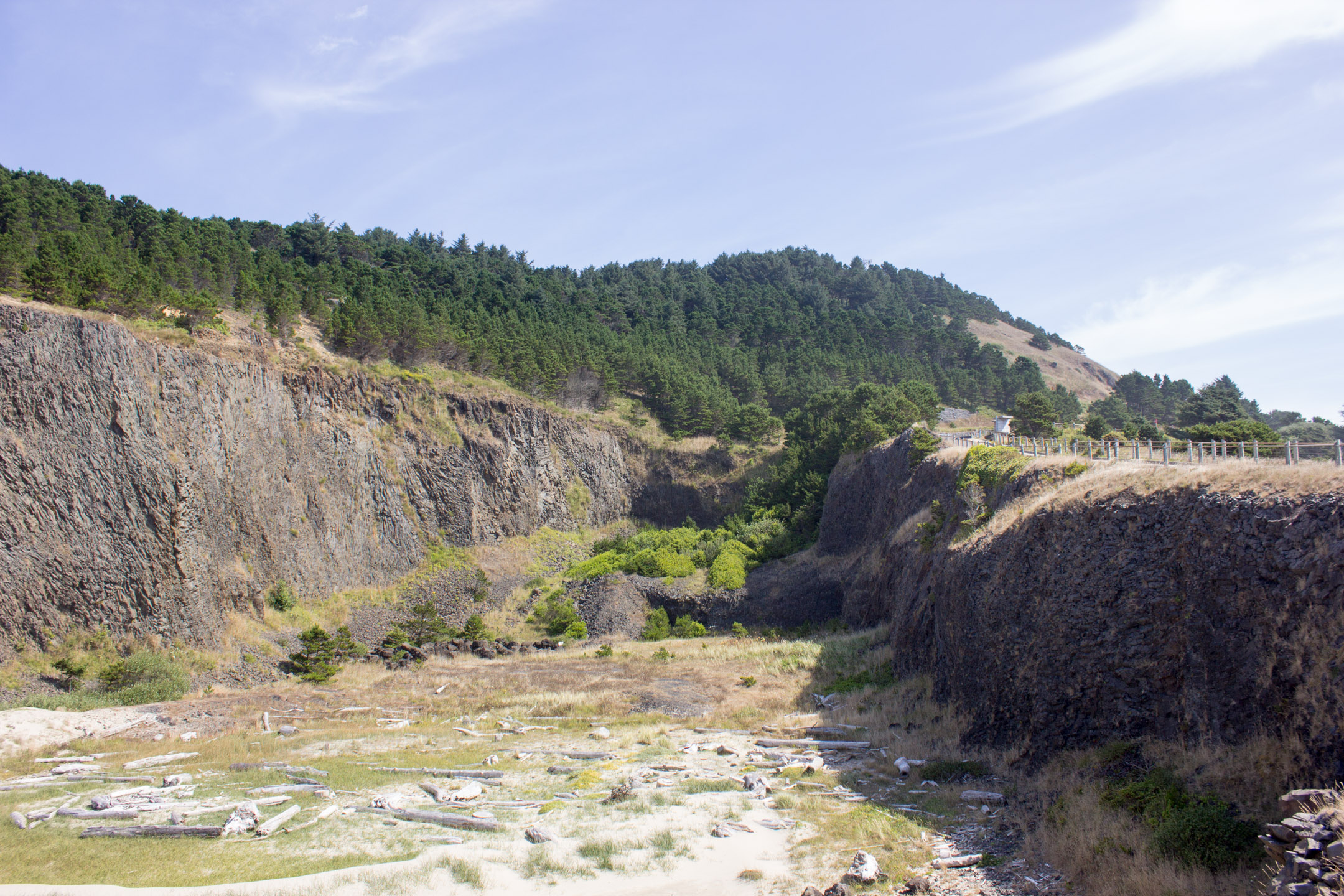 Still, there’s a nice little driftwood area down there for the younguns to frolic in.2

Up the hiking trails you get some lovely views – this was the midpoint of the one connecting the Cove and the visitor center. 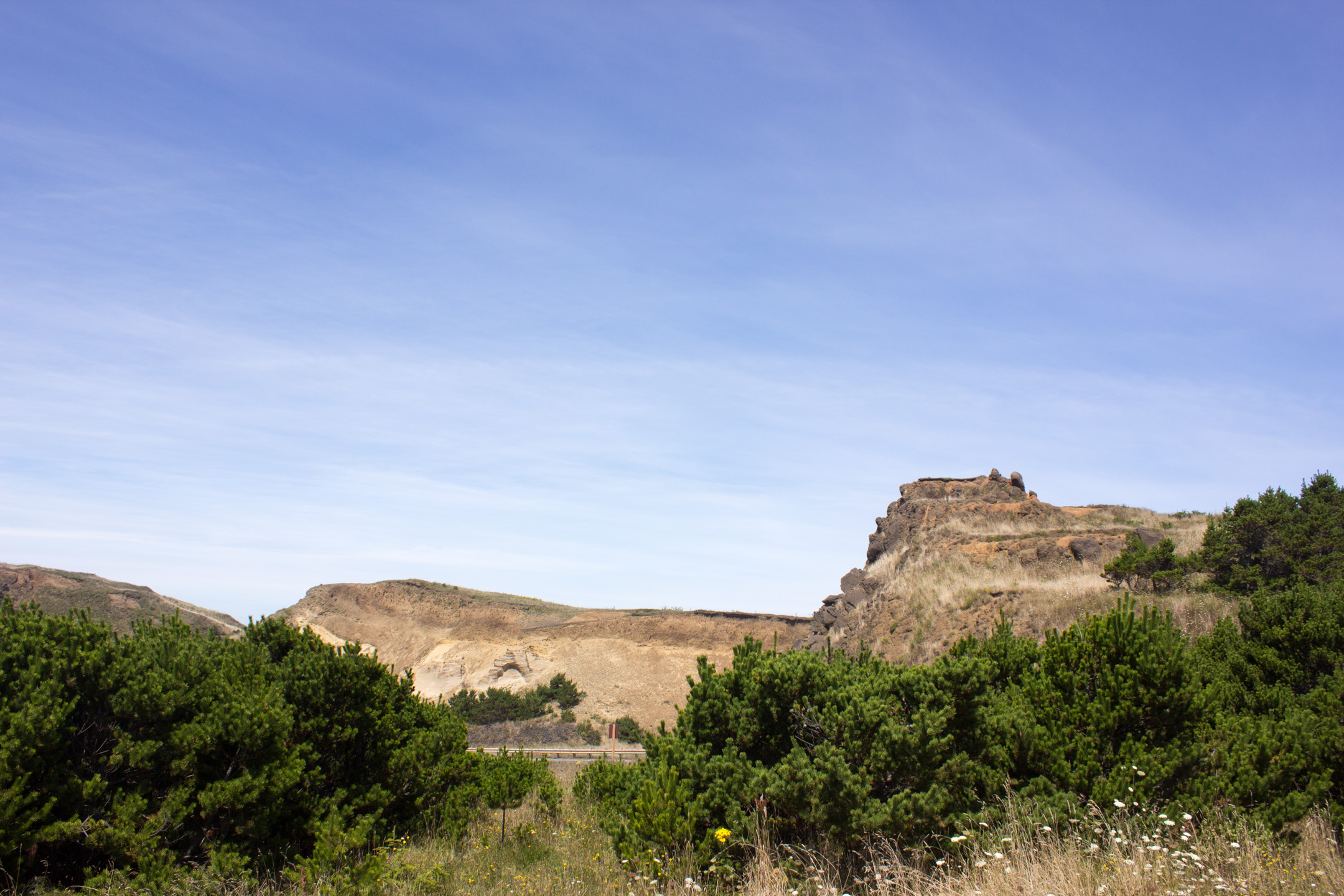 If you turn the other way, you can see a bit of the Communication Hill trailhead. 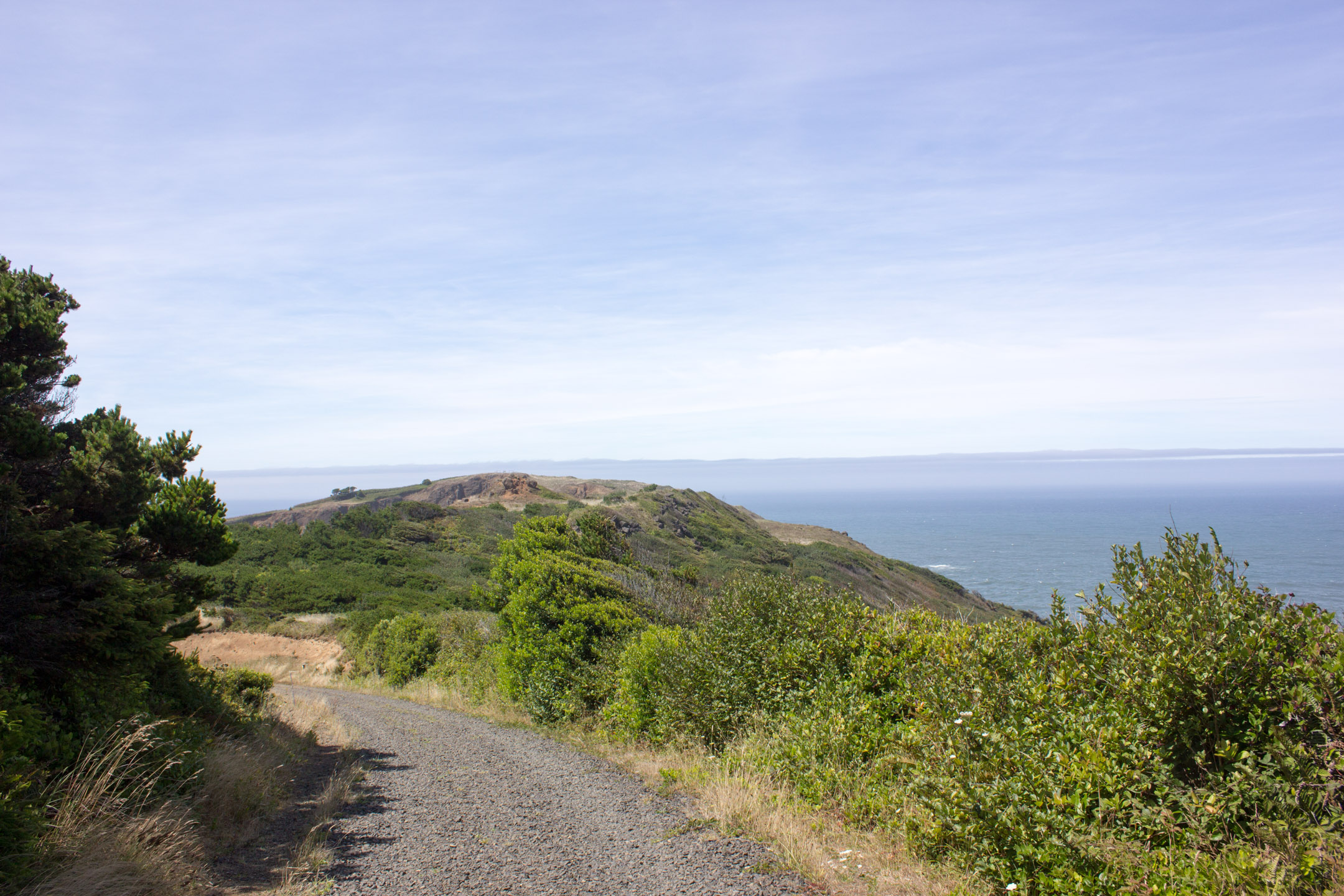 Said trail has some more great views – I didn’t actually get any pictures I’m happy with, but since the day was pretty clear, we could see all the way out to Mary’s Peak in Corvallis, a good 25 miles east. It’s a nice little hike, and a lovely park to explore.3